A place to make your mark

We get around a little differently here. With a little inside info, finding your way around New Orleans is a cinch.

First thing: directions like north and south are virtually unknown here. We navigate by the landscape. So, north toward the lake and the Causeway is lakeside, south to the river is riverside. West becomes uptown, and east becomes downtown.

Second, we travel by neighborhood, driving over to Carrollton or into the Faubourg Marigny. The National Register of Historic Places has designated 17 National Historic Districts in New Orleans. Two of them—the French Quarter and Garden District—are also National Historic Landmarks. Don’t worry, though: you’ll know your way around in no time. 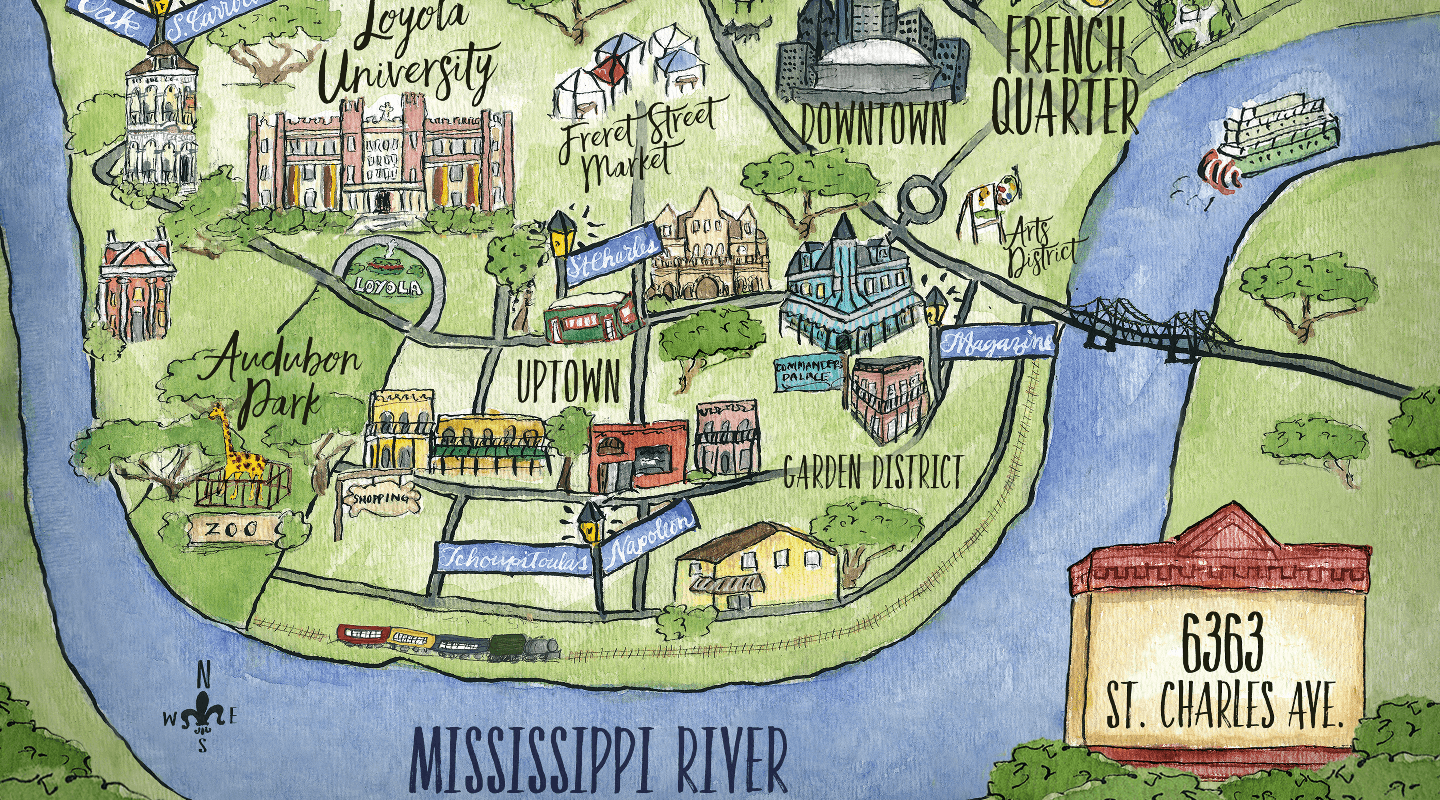 New Orleans began with the Vieux Carré, or the French Quarter—a square that hugs an elbow curve in the Mississippi River. The architecture is European and Creole, the colors are Caribbean, and the festive lifestyle is a New Orleans trademark. For 300 years, it has been the heart of the city, centered on Jackson Square. It’s home to these spots and much more:

Head downriver to the east (if you must have a compass point), and you'll find the first suburb, the Faubourg Marigny, dating from the early 18th century. Here, Washington Square is the oasis and Frenchmen Street is the center of the club activity and live music.

This is uptown, west of the French Quarter, across Canal Street, where the Americans first settled when Creoles wanted to keep the French Quarter to themselves. With a mix of office and industrial buildings centered on Lafayette Square, this area has, in the last decade, become a flourishing arts and residential district. Wonderful architectural conversions have created a neighborhood of galleries, restaurants, and studios.

From the French magasin, meaning “shop,” this area has a hip, laid-back style. In fact, it’s been called one of the coolest neighborhoods in the U.S., on par with Greenwich Village.

Uptown is heart and home to chic boutiques and a multitude of eateries and outdoor cafés, where the sound of screen doors shutting and oyster shells opening is music to the ears. It’s also where you’ll find the Loyola campus. The architecture is diverse; the landscape is green with live oaks; and the air is perfumed by sweet olive trees, magnolia blossoms, and night-blooming jasmine. 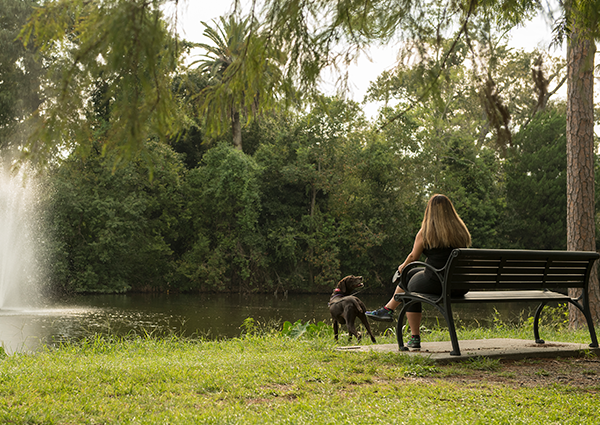 Come see for yourself

We could talk about our fair city all day, but the only way to truly get a taste is to experience it for yourself. We invite you to come explore New Orleans and the Loyola campus.